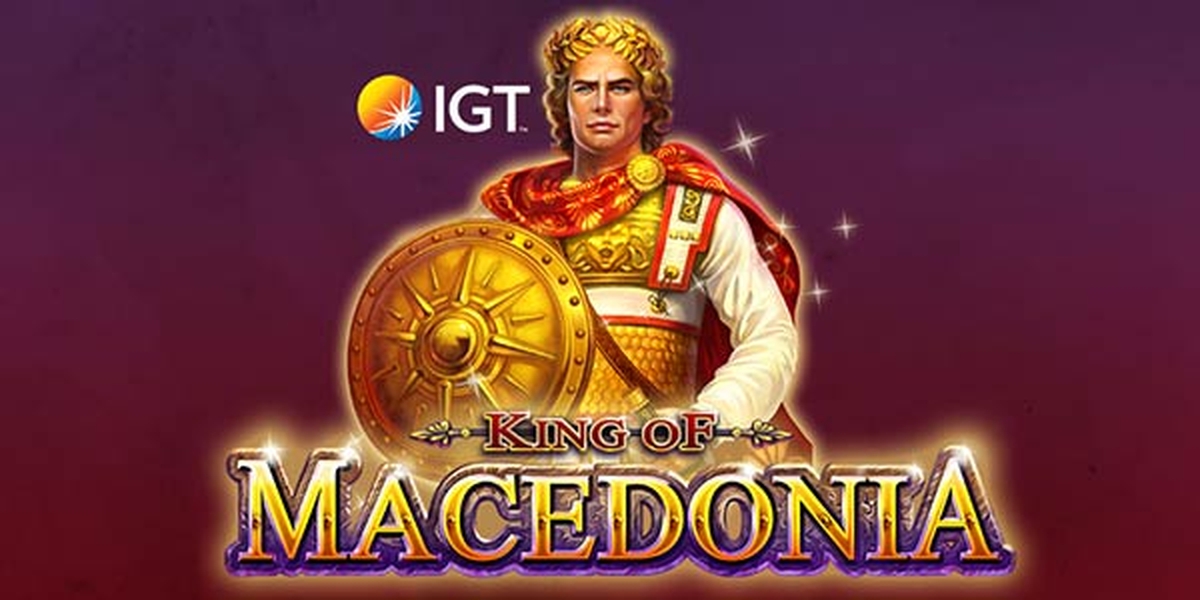 Playing slots can take you anywhere. You can teleport to the good ol' times and play the exact replica of a traditional slot machine of a brick-and-mortar casino. You can treasure hunting somewhere in the Amazon jungle. You can go centuries back and score winning combinations in Ancient Greece, China, Rome. The game developers never get tired of creating new settings and themes for slot machines. And the King of Macedonia slot serves as perfect proof of it. Though, it can get a little bit confusing what Macedonia we're talking about.

If you google Macedonia, most likely the North Macedonia will pop up at the top of your search results. Well, the eponymous king is not directly related to this country. The King, who is Alexander the Great, whose image in this game bears an uncanny resemblance to the way he was portrayed by Colin Farrell in 'Alexander' (2004), was the king of Macedonia, or Macedon. What was the kingdom in ancient times, is nowadays Greece, North Macedonia, Albania, and Bulgaria. But now, when we got all the historical aspects of the titular character from the way, let's get back to the slot.

King of Macedonia slot machine was released by IGT several years ago to the pleasure of many gambling aficionados. This game with five reels and five rows has a return to player ratio of 96.1%, which enhances your prospects to win. This game is an actual rejoice for high-rollers. And the game keeps you thrilled, as while wagering and getting winning combinations, you open lucrative bonus features that allow you to multiply your wins. Another nice addition is that you can enjoy this slot from the comfort of your home, as well as playing it on the go in the mobile version.

King of Macedonia is an interesting slot. With its high volatility, it guarantees the players high prizes. The game has forty pay lines. In the lower-left corner, just near the 'Paytable' button, you can find the 'Bet Value' button. There you can set the desired value of your wagers. You can start betting with as little as £0.80, while the maximum bet to £1600. The game is more or less designed for professional players, as it can be quite tough for novices to win in it. The rules are simple: wager, spin, get winning combinations, get free spins with a multiplier, win more. But you need to be ready for a few dry spins before you get big prizes.

There's no background music that starts right when you enter the game. However, when you make the first spin, the epic music starts. And it continues throughout the game. There are also music reactions when you hit the winning combinations. The music enhances in these cases. The soundtrack to the King of Macedonia slots compliments the atmosphere of the game. But it may be a bit of a problem for those who prefer turning off the music accompaniment while keeping the reactions on, as the only way to turn off the soundtrack is to turn the sound of the game off.

The game is rich in symbols. Here you won't find card characters like in the majority of slots. Instead, you have Alexander the Great himself, Roxane, the woman who bore his son, and Alexander's horse Bucephalus. Other symbols include a golden helmet, a chalice, a chest with jewelry, a scroll, a hard, and a work of pottery. Alexander the Great acts as the Wild symbol, and there's also a Golden Shield that acts as a Bonus Scatter. Both of the symbols unlock special features, about which you can learn in the following section.

From the very first spin, you can understand that the King of Macedonia slot game is not your average game of chance. Just like building the empire was not easy but a rewarding venture for Alexander the Great, players of this slot will experience several rewards throughout their gameplay. While the game is exciting on its own, nothing can be more enjoyable than special features that allow you to earn more. And Kind of Macedonia delivers in this case. There are three bonus options that give you a chance to multiply your winnings.

You should mind that those combinations require special positioning of the symbols. The Random Multiplier initiates when the Golden Shield appears on the first reel. King Free Spins feature is triggered when the Scatter appears on the first reel, while the Wilds occupy the second and fourth reels. The good thing about this feature is that the Wilds remain locked in their places. That's why, despite the number of spins being limited, you can still enjoy quite lucrative payouts. To get a clearer picture and sharpen your skills, you should try the King of Macedonia free version before playing with actual stakes.

Pros and Cons of The Slot

IGT is not the biggest name in game development yet. It has a lot of catching up to do if they want to match the success of their peers like Microgaming or Playtech. However, slots like King of Macedonia definitely bring the company closer to its goal. Still, each game, even if it is considered to be the best, has its shortcomings. If you want to have an unbiased idea of what the King of Macedonia is, you should take a look at its strong sides and weak spots.

Unfortunately, if penny punters or novices want to enjoy the game, they should stick to the demo version of the game. Being inspired by creating one of the biggest empires of ancient times, the slot is not the easiest one. And if you don't like the games where you have to bet the maximum to win the maximum, it is better to avoid it. High-rollers enjoy the feast or famine slots, but novices may not feel comfortable with losing their bank on the very first game they try out.

If the slot is not the easiest one intrigues rather than scares you, it's time for you to pick up the casino where to play the King of Macedonia slots real money. You should check the game out at Trada Casino, which offers an up to £100 welcome bonus. If that doesn't sound quite appealing, you can try out this slot at the Next Casino. Here you get 50 free spins and a £200 welcome bonus. And you should not miss the opportunity to get a £1000 welcome bonus at Slot V Casino.