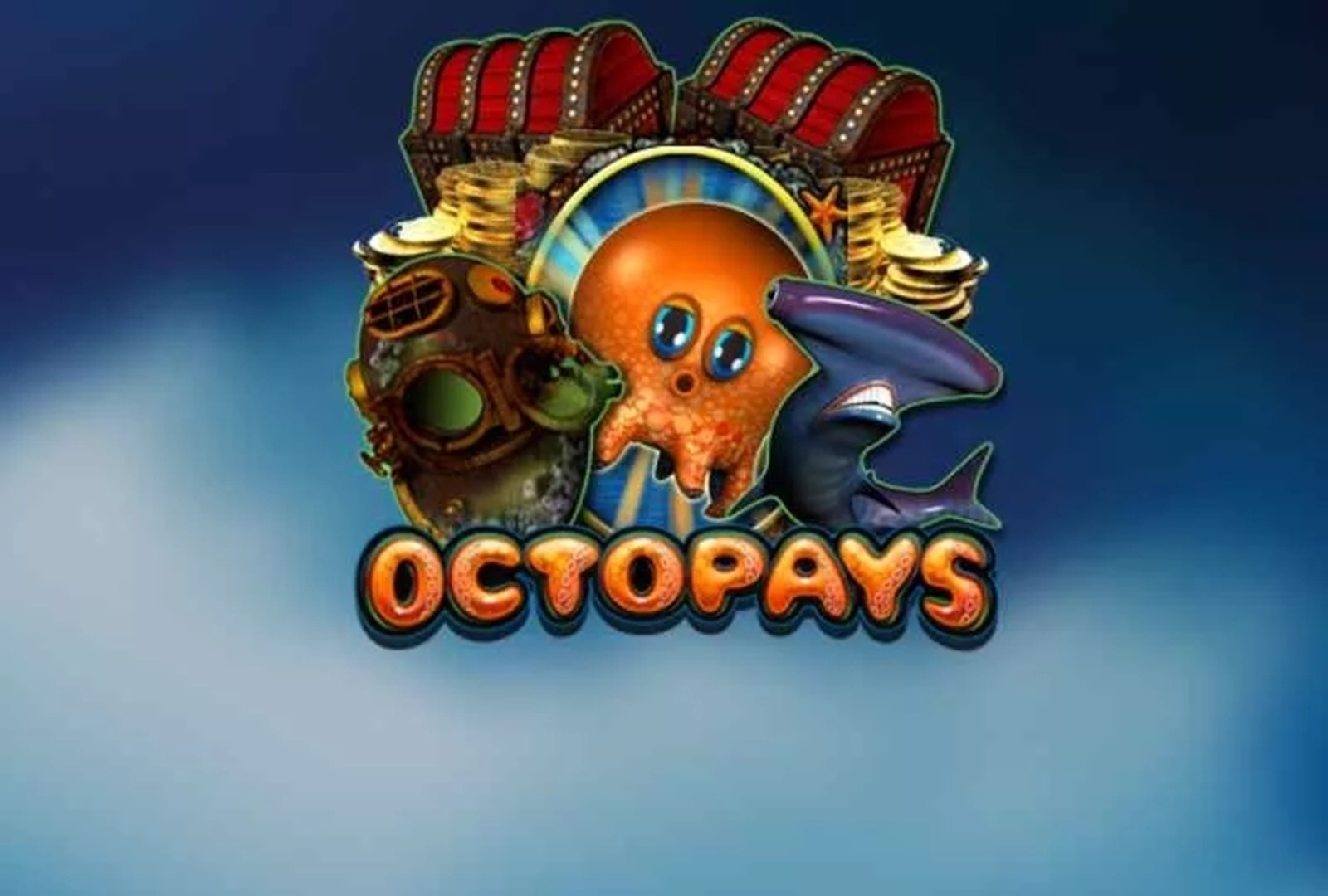 Integrate Octopays demo game from Microgaming on your site or blog for free!

Game developers know how to attract players to new slots. Anything that can intrigue the player who got tired from traditional fruit machines will be used. Use the time machine, and you can hit the jackpot while building the ancient empire. Go deep into the Amazon jungle to hunt for treasure by spinning the reels. You can jump on the spaceship and try your luck gathering comets in one row to win the intergalactic prize. But there's a place on the Earth that is often considered to be even more obscure than outer space – the ocean.

Microgaming, a gambling giant from the Isle of Man, got you covered with space travels with Starscape, it can provide you with the nice deep ocean dive with Octopays. Octopays slot is a game with five reels, three rows, and 243 pay lines. You will enjoy the HD graphics of the game while getting acquainted with different sea creatures. Your main goal is to hit the £4000 jackpot, but you can enjoy decent payouts throughout the game. Your chances to win are quite high, as Octapays has a high return to player ratio of 96.23%.

Octapays, just like the majority of slots, are extremely easy to play. Here you won't sweat over making up strategies. The control panel of the game is also effortless to use. You have just several tables and buttons. The first table displays the number of coins. You can bet one coin per line, but you can wager ten of them per line as well. The coin denomination ranges from £0.1 to £0.50. If you put ten coins with the maximum denomination on all the pay lines, your maximum bet will be £150. The next button allows you to initiate autoplay, so you can score wins without doing anything.

The next button allows you to adjust your total bet. Next to that button is the table which displays your wins. And, finally, in the shape of a galver, you have the spin button. Just press it and enjoy your dive. The game symbols will group in the winning combination, and you will get nice payouts. And of course, there are going to be extra spins and special features that will give you a chance to increase your winnings. But before you try the game out, there are other things you need to learn. Follow the next sections to know more.

The game has an interesting soundtrack. You will hear the music that bears an uncanny resemblance to Alan Menkel's score to 'The Little Mermaid'' (1989). You can also hear the bubbling sound that gives you a feeling that you're diving into the abyss. A marimba melody plays when you're getting a winning combination, which again reminds you of the music from Disney's smash hit of the late 1980s. So may find the soundtrack a bit annoying, but you can always opt for playing the game in silent mode.

While most of the symbols in this game correspond to the nautical theme of the game, there is a tradition for the majority of slots set of cards. Six card icons are characters of low value. Symbols of a higher value are represented by the Anchor covered with seaweed, the Hammerhead Shark, the diving Helmet, and the Chest with gold. The characters vary in value. This means that grouping them in different combinations will, although positively, reflect on your payout in different ways.

Those icons, regardless of their value, are still the regular ones. Of course, the Octopays slot online has special symbols. There's the Octopus icon, which acts as the Wild symbol. It appears during the base game on the second and fourth reel. It can replace all the characters, except the Scatter symbol, which is represented by the Sheepshead fish, the one which has teeth that resemble those of a human. Both of those symbols are either responsible for or play an important role in special features. You can find out more about it in the following section.

The main attraction of this slot is the Kraken feature that allows you to boost your wins. When you land Octopus icons on the second and the fourth reel, the feature is activated. This option grants you twelve free spins. During the spins, the Wild symbols will randomly appear on all the reels, but for the middle one, as it is the place for the arrival of the Scatter symbol. When the Sheepshead fish appears on the third reel, all the Wild icons ink themselves. All the wins that contain an inked Octopus are doubled, which brings you closer to the jackpot.

Octopays is an interesting slot with a well-done design. While playing it you can completely forget about the payouts and jackpots, as you are fascinated by the adorable sea creatures. The game delivers a cute atmosphere that charms you. But the question remains, whether it is enough to satisfy the needs of every player? Some may find the game charming, while others may be slightly disappointed by it. To make an unbiased conclusion, you need to check out all the advantages and the shortcomings of this slot before playing it.

Yes, while the game has an impeccable design and is definitely appealing to those who enjoy marine themes, it's not for everyone. If you enjoy the nautical atmosphere of the game, you can opt to play the Octopays slot demo version. When it comes to making actual wagers, certain players, especially high-rollers, may be disappointed with the game. The £4000 jackpot is definitely not a life-changing sum. But the game was created more for those who enjoy the gameplay without being concerned about the wins.

If you're not concerned with the jackpot, and you don't suffer from thalassophobia, it's time to pick the casino where to play this game. Well, you can find it in every casino that runs on Microgaming software, but you should definitely visit the Gaming Club casino. The venue offers a £350 welcome bonus. You should also check the game out at Ruby Fortune casino and get a £750 welcome bonus. And don't miss an opportunity to get a £1200 welcome bonus at Royal Vegas casino.

Play for free
20000 Leagues Under The Sea

Play for free
Eye of the Kraken

Read more
Riches of the Sea

Read more
Under the Sea