Sapphire Sorceress, created by Gamesys, is a high RTP game with big winnings. You can start playing for free now. This slot machine with 20 paylines and five reels will delight everyone. A wide range of bets is a welcome omen for various players. You can enjoy playing for real money for between GBP0.01 and GBP60 per spin. The average theoretical player income is 95.9%.

The slot machine interface is incredibly convenient and functional. The control panel is at the bottom. In addition, the slot has an autoplay function for those who prefer intense, fast, and energetic games. The theme of the game is magic. Here you will find Witches, magical plants, gems, and even the Evil Queen. The maximum winnings are GBP135,000. There is no progressive jackpot in the game, but there is a bonus round and free spins. 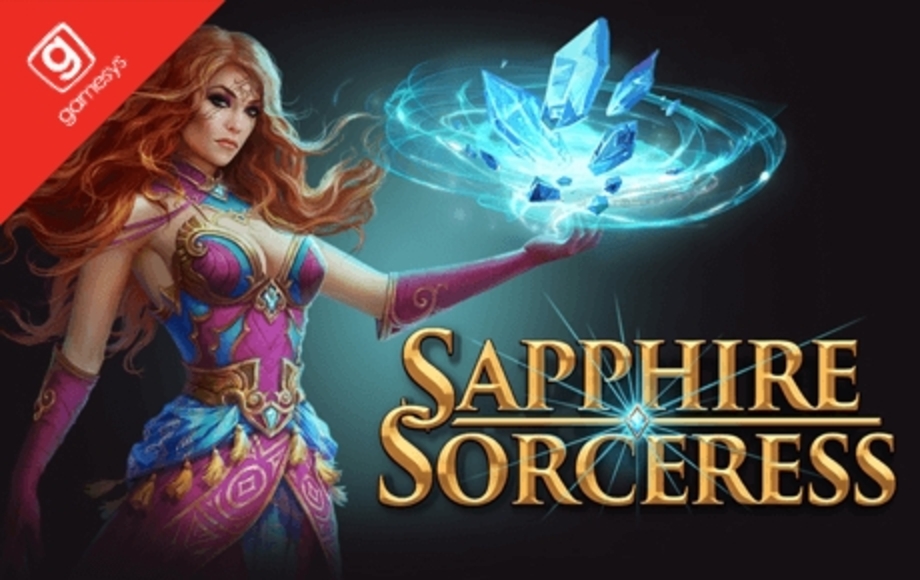 Online gambling can take you to different places. You can dive deep into the ocean, or you can go back in time to build an ancient empire with the help of ancient kings. You can go to space and try hitting the jackpot by aligning the planets or go treasure hunting in the most hostile parts of the Earth. But all those plots are more or less based on reality. And sometimes, the reality is not enough for you to score big wins. In this case, the only thing that is left for you is turning to fiction. And there are enough slots based on movies and comic books. Been there, done that? Then, what about a slot that is fiction itself?

If that sounds appealing, then you should definitely try the Sapphire Sorceress slot out. This slot with five reels, three rows, and twenty-five pay lines is brought to you by the British gambling giant Gamesys, which players know well thanks to Rainbow Riches and Heart Bingo. The game is inspired by folklore and fantasy, and your main goal is to get all the ingredients for the magic potion. And your quest for finding all the ingredients just gets more interesting when you consider the return to player ratio of 95.9%. All that while enjoying the top-notch 3D graphics.

While the game is simple and intuitive in its use, there are several things you need to learn before starting the gameplay. First thing, you need to choose the coin denomination, which ranges from £0.1 to £4. You can bet only one coin per line, with a minimum bet of £0.25 But you can raise the stakes to the maximum of £200. After setting the size of the coin value, there are no other buttons, except for the 'Spin' one. Click it and start playing the game. While enjoying the state-of-art design from one of the best game developers in the industry.

The Sapphire Sorceress casino game has an eerie soundtrack that helps set the atmosphere of magic and miracles. Of course, there are musical reactions to your winning combinations. While playing the game, you can get the feeling that you are in the room of some old castle, where a beautiful sorceress is making the magic potion. And 75% of that atmosphere relies on music. So, keep it on if the soundtrack keeps you focused on the game. But, if the accompanying music irritates you, you can always opt for the silent mode.

The symbols are faithful to the magical theme of the slot. Still, you have card characters, which, while looking like letters from the book on witchcraft, feel a bit out of place. And they are low-value symbols. Other regular icons include the book, presumably on witchcraft, the owl, the sorcerer, and the eponymous sorceress. Each of those symbols can bring you more than satisfying payouts. But it's better to know what's what in the details.

There are special symbols as well. The Wild symbol is represented by the magic Cauldron. It can substitute all other characters, which will increase your payouts. The only icon that cannot be replaced by the Wild Cauldron is the Scatter symbol. In this game, it is represented with the blue crystal, which actually has a 'Scatter' sign on it. Landing three Scatters anywhere on the reels will double your win. Four crystals give you ten times your initial bet. And if you've managed to land five Scatters, you will get 25x your win.

There is a special feature in the game, which is triggered randomly. Once all the 'ingredients' appear on the layout, they explode, and new symbols start cascading. You get a multiplier during this feature. Each new spin multiplies your wins. You can get up to 20 times your original win. This feature can go on until no more winning combinations appear on the reels. After that, the cascade option turns off. After that, you can continue playing until it randomly initiates again.

All in all, the game seems to be an interesting slot with its fantasy-inspired theme and quite an interesting gameplay. However, it may not be the ultimate choice of every gambling aficionado. While the jackpot of £100,000 may be appetising for some players, others may be turned off by the theme or the limited bonus features. Others may find it confusing that the cascade feature is initiated randomly. In the end, to make your unbiased conclusion about the game, you need to check all the strong sides and shortcomings of it.

There are two reasons why you may want to play the Sapphire Sorceress slot online: hunting for the £100,000 jackpot or enjoying the fantasy theme with the top-notch graphics. You are definitely winning if those reasons are combined. Still, those who prefer games that are rich in bonus features will be a bit disappointed in the game.

If you find that the Sapphire Sorceress game is something you've been looking for a long time, it's time to pick the casino where to play it. Actually, you can find it in any online gambling venue where Gamesys acts as the game provider. But, Coin Saga casino is definitely worth being number one on your lists of venues where you can try the fantasy slot out. The casino offers a £100 welcome bonus with 25 free spins. Last but not least, don't forget to play the Sapphire Sorceress slot demo version before playing the game with real stakes.

Play for free
Hall of Gods

Play for free
Secret of the Stones

Play for free
The Wish Master

Play for free
Pixies of the Forest

Play for free
Charms and Clovers

Play for free
Gems of the Gods

Play for free
Path of the Wizard

Play for free
The voyages of Sinbad

Play for free
Spell of Odin

Play for free
Lord of the Ocean

Play for free
THE WIZARD OF OZ Ruby Slippers

Play for free
Magic of Oz