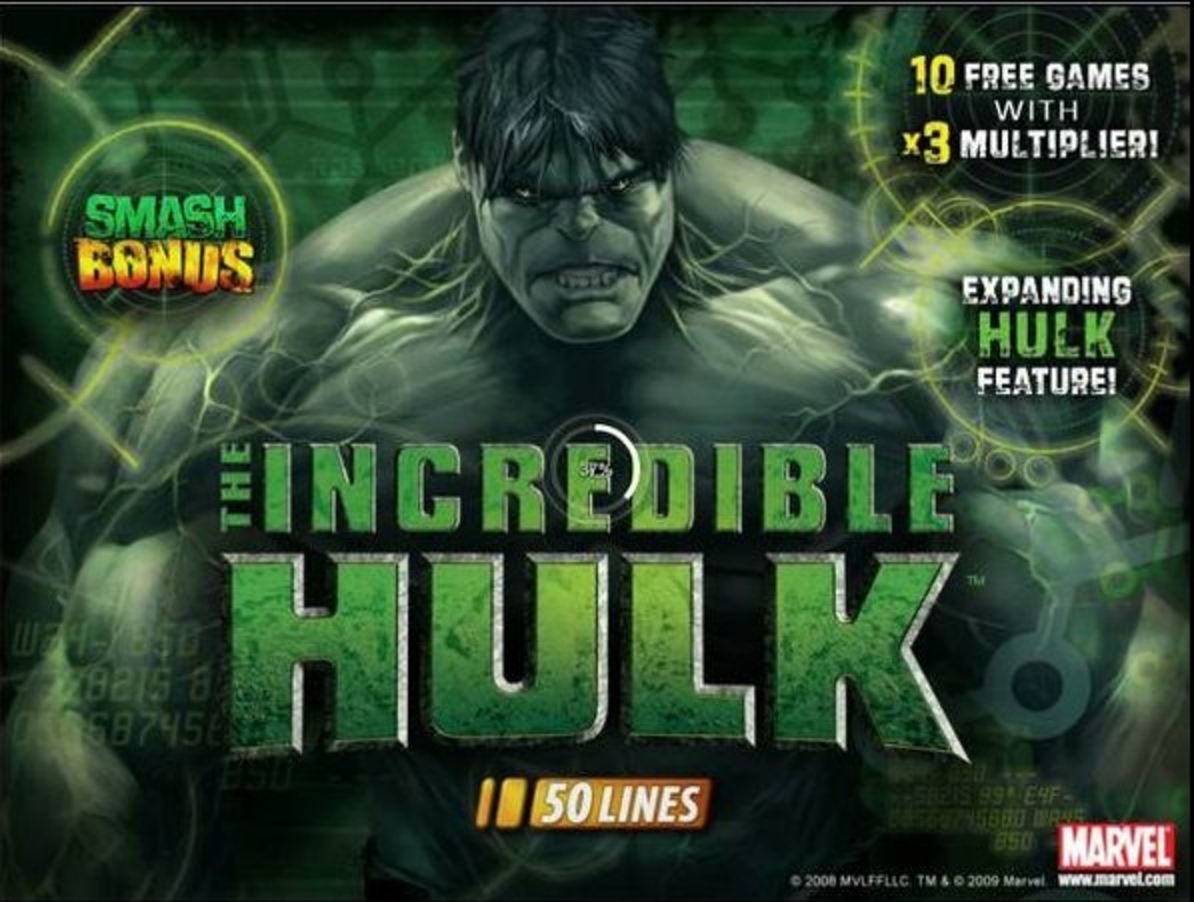 Get Demo for The Incredible Hulk

Integrate The Incredible Hulk demo game from Playtech on your site or blog for free!

If you are a fan of the Marvel universe and enjoy games of chance, then The Incredible Hulk slot might interest you. Would you like to feel like Bruce Banner turning into the green monster and hit the jackpot while smashing some police cars? Playtech got you covered. The Incredible Hulk is provided by the online gaming industry giant, and gambling aficionados are well acquainted with their slots. And Playtech is known for their Marvel-inspired slots, which you can play for free or with actual bets. And the Incredible Hulk is one of their offerings.

Launched in 2009, the game, based on one of the most famous Marvel characters, was updated in July 2021. It is a slot with five reels and fifty paylines. The Hulk offers its players the 94.82% RTP ratio, which makes it quite suggestive for slot machine lovers. And it becomes even more suggestive when you take into consideration that you can win up to $40,000 on a regular round. The bonus rounds can bring you over $100,000. And if that's not enough to make you salivating to play the game, it also has lots of bonus options with multipliers.

All in all, it seems like the Incredible Hulk is a perfect slot. But there are several things to consider and a few things to learn about the game before you decide to try it out. Of course, you can always opt to play demo version of the slot to sharpen your skills before making real bets. After all, some are practical learners, while some prefer studying the theoretical part before hitting the lever. Another option is to stick here for a while and learn the main points about the game from the article.

The price of in-game coins ranges from $0.1 to $1. You can put a maximum of ten coins per line. You should put the maximum bets on each of the paylines if you are willing to win the maximum. The betting ranges from $0.1 to $500. As in the majority of slots, the main point of the Incredible Hulk slot machine is to get the combination of characters that guarantees a win. And the winning combination in most of the cases is three or more Scatter symbols.

If you get three or more Scatters anywhere on the reels – they don't have to be aligned in the row – you're getting ten free games. And they are played with a 3x multiplier. Thus, all your winnings throughout this game are going to be multiplied three times. There are several tricks that you can do with the wild symbol as well, but you're going to learn more information on it in the following section.

The soundtrack for the Incredible Hulk slots is pretty much inspired by the score of the screen adaptation of the comics. It also contains different sound effects, like crashes and explosions. And while you can play it in silent mode, turning the volume on will allow you to dive deep into the game. Those who prefer being consumed by the game and not being distracted by the outside world should play the game at the maximum volume.

As for the symbols, the Incredible Hulk slot online has a set of traditional characters, like 9-A playing cards, as well as a green breaker, the radiation symbol, police cars, and helicopters. They represent the regular symbols of low value. The Wild symbol is the Hulk himself, and as with the majority of slots, it can replace all the characters except for Bonuses and Scatters. The Wild symbol appears only on three middle reels.

The Scatter symbol is the Hulk logo, which can appear on any reel. As mentioned above, when you gather three or more Scatter symbols, you get free spins with multipliers. There's also a bonus symbol, which is a Smash logo. It appears only on the first and the last reel. And landing two of them simultaneously leads to a mini-game with extra prizes. You can find more on that in the next section.

You already know about the special feature with multipliers, which you can gain when gathering three or more Scatters on the screen. Now it's time to learn of other bonus features. Here you have three more bonus options, each of which provides you with more possibilities to get winning combinations, hitting the jackpot, or try an interesting mini-game.

There are two bonus options provided by the Wild symbol. If the Hulk appears on the middle reel, it expands, enveloping the whole reel. That gives you two re-spins on the middle reel while the other four reels continue spinning. In case if you get the row of Wild symbols on all three middle reels, you will get one re-spin. Each spin gives you more chances to collect enough symbols for the winning combination.

Landing two Smash logos on the first and fifth reels, you are taken to a different screen where Hulk will have to crash three out of seven police cars for you to get bonus cash. The price of each crashed car is 8-times of your original bet. This mini-game is especially interesting, as aside from multiplying your wins, you get a sheer enjoyment of Hulk’s rage.

Speaking of rage, while playing the mini-game, the Hulk Rage feature can be activated. If it occurs, the green monster smashes all seven cars. As a result, you get more bonus cash and more excitement from Hulk smashing the cars. In the game, it is as exciting as in the movie. There’s only one downside of the feature. You cannot do anything to initiate it, as this feature is triggered randomly.

But the most interesting thing about the Incredible Hulk is the Marvel progressive jackpot. It is a game with a timer, where you have a chance to win one of the four jackpots, each of which guarantees a different amount of money. When the jackpot game starts, you are presented with twenty squares. When you click on one of them, the jackpot is revealed. In the game, you have to collect three matching characters to hit the jackpot. The Marvel Jackpot game is triggered in any casino powered by Playtech.

All in all, the Incredible Hulk slot demo looks pretty impressive. However, like any online game, it has its downsides. In the case of this slot, the number of disadvantages is easily outnumbered by the benefits, still, there is one major flaw in the game. So, let's check the pros and cons of the green monster slot without any further ado.

If there's an actual downer to the Incredible Hulk demo is the graphics. There's no background image, just a green screen. While the game has some interesting symbols, most of them look like they are cut from stone in a hurry. All in all, Playtech's work here is, at best, not impressive. But, how much of a downer it is for you depends solely on what you came for. If you become one of the winners of the jackpot, it is unlikely it will bother you.

If you're wondering where you can spin the jackpot wheel and unleash the rage of the green monster, the answer is extremely simple. Pick any Playtech-powered casino. Playtech doesn't work with gambling venues that are not trustworthy, so you don't have to worry about your security. You can try your luck at the following casinos, as all of them offer great welcome bonuses:

The Incredible Hulk may not be the best slot in terms of the design, but it can bring big wins. Besides, you can always try it out in the above-mentioned gambling venues, and enjoy their welcome bonuses, while trying out Playtech's offerings, be it the green monster or other Marvel-inspired slot.