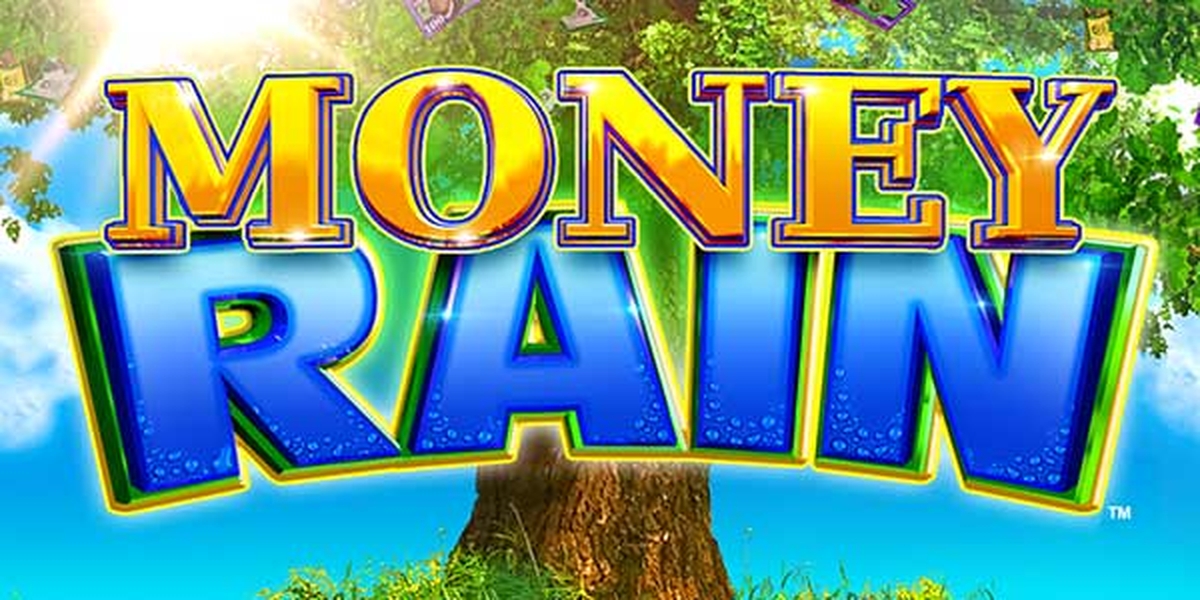 The conventional wisdom is that slot machines about money and wealth are more motivating to players than any other game. This is true because when you see banknotes on the playing field, you want to possess them as quickly as possible. UK gamblers can do that in the Money Rain slot from Incredible Technologies.

Released in 2014, this game has enjoyed some success, which has seen the developer release its updated versions. The original game features 5 reels, 3 rows, and terrific 25,000 ways to win with Scatter Ways. Enthusiasts hope to catch at least 4 transforming symbols to unfreeze an extra reel. After reading this review, you'll know what bets to place and what will happen on screen.

How to play this slot

There are 25,000 unusual ways to win, and because traditional paylines are not available, you become a winner depending on how many notes of the same denomination land on one of the active betways.

You will play with 30 credits, the value of which can be as small as $0.01 or as big as $0.50. Choosing the value, you will notice how the current stake changes from $0.30 to $15. The Money Rain slot machine also comes with 1-6 bet levels, ranging from Good to Best. Selecting the highest value and the sixth bet level will increase the round’s price to $90.

There is no progressive jackpot, and the maximum payout is $200,000. The RTP is not the best as it barely reaches 94.09%, which is below average.

Click SPIN to start the game or press the Autoplay button to select the 10-500 automatic spins. HELP opens the theoretical section with the rules and paytable. It also shows additional settings.

Overall, the game has beautiful visuals with themed symbols. You will often see banknotes falling from the top accompanied by animations. The reels do not rotate. Instead, the symbols are flipped, creating new chains.

When running this video slot, the player sees modern graphics and hears a cheerful, rhythmic melody. It is similar to the one found in video games of the 90s. When a winning combination appears, you'll hear the sound of banknotes as if you were cashing in an ATM.

Having done a lot for his country, Roosevelt is the highest paying symbol here, offering 500 coins for a combination of five. He is followed by Benjamin Franklin at 100 coins. Both former US presidents payout 39,000 credits on Epic Win. George Washington is at the bottom of the list with the lowest odds.

Pay attention to the ‘$’ symbols as their appearance activates the sixth reel. When it stops, the slot machine selects the symbol that will appear on the playing field in multiple copies.

No jackpot wheels and mini-games. Nevertheless, the Money Rain casino game still has a few lucrative features. The rain effect is often triggered by landing the same note group on reels.

We’ve already talked about the Money Reel, a sixth reel that starts to spin when several $ symbols appear. The selected symbols will move on to the field, in the cells, where there have been dollar signs before. In most cases, this means winning!

Regardless of whether you play for free the Money Rain demo slot or for real money, try activating the Free Spins feature using the appropriate symbols. Depending on how many of them appear (3 to 6+), the video slot triggers 8 to 50 free spins with an instant payout (270 credits). Besides, this feature can be re-triggered if you catch some more FS symbols.

The blue ‘$’ icon triggers the 6th reel during free rounds, leaving only the high-paying symbols for greater rewards.

You probably come across slots without spinning reels and 25,000 betting ways not often, so the Money Rain game will be a breath of fresh air. Perhaps the soundtrack would be better muted, although we did enjoy the Scatter Pays system, which flips the symbols rather than spinning them. The elusive sixth reel is another trump card.

If cash notes make you feel better, run this video slot and play demo on our website or try your luck in a real money game.

Choosing the right online casino can be a daunting task for new and even advanced players. Therefore, we have analysed and chosen a few establishments to play this slot. Fluffy Spins, Target Slots, Money Rain, Slottyway, and Explosino are among the best for the UK gamblers with generous bonuses and a safe environment.